The traditional market has been going through changes for a long time. However, much of the movement happening across different industries has accelerated significantly in recent years, largely due to how the global pandemic has changed the landscape.

According to U.S. Government data, millions of Americans are quitting their jobs, joining the global movement dubbed the ‘Great Resignation.’ Yet, as the workforce is leaving businesses, it doesn’t seem to remain content with the status quo. In fact, the ongoing movement could provide a considerable boost to worldwide entrepreneurship. This article will examine what’s happening in the job market and how those changes could affect the world of commerce.

As mentioned, plenty of people are resigning their jobs and leaving companies. But for most, this seems to be the first step on a new journey.

As the rate of resignations surges, so does the number of new business applications. Furthermore, those applications are in large part for sole proprietors. In other words, people are quitting not only for personal or pragmatic reasons, but also as an act of redefining their goals. 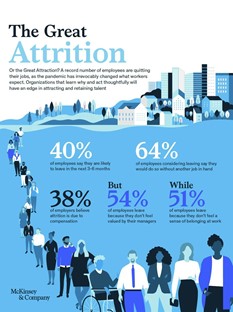 Of course, employers have felt the consequences of the ‘Great Resignation’ the most. The job market has transformed in a way that took many by surprise, and companies are still discovering ways to deal with the new situation.

Whether businesses learn to manage the effects of the ‘Great Resignation’ or not, it seems that the future market will be much more saturated by independent companies and entrepreneurs.

The Rise of Entrepreneurship

Entrepreneurship has been on the rise in recent years and it seems to be growing even further through the ‘Great Resignation.’ Yesterday’s workers are leaving their jobs and starting ventures of their own, following their aspirations and the inspirational stories behind successful entrepreneurs.

Naturally, most independent business owners won’t become another Musk or Bezos. Yet, upcoming entrepreneurs keep entering the market hoping to create their own success despite the odds. And hero stories and tales of success aren’t the only driving force behind this movement. 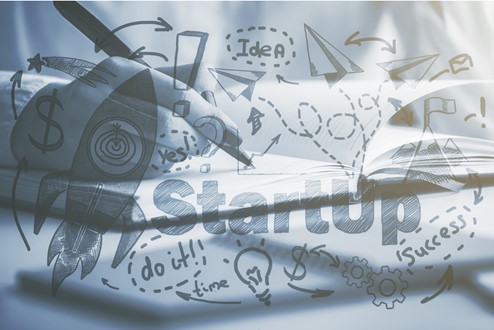 While the pandemic gave a strong jolt to the underlying market currents, the massive growth of entrepreneurship was long in the making before that disruption took place. People were participating in the gig economy for years, making extra revenue with side gigs. For many who took such additional jobs, it turned out that the gig was well worth committing to full-time.

The gig economy laid the foundation for many entrepreneurs, and the pandemic turned this trend into a powerful movement. Now, the ‘Great Resignation’ and the growth in entrepreneurship that came with it keeps building up momentum and could affect global commerce in years to come.

The notion of quitting one’s job has been redefined. It’s no longer associated with failure or uncertainty but with aspiration and entrepreneurship. Now, people seem to be less willing to put up with working conditions dictated by others and are gravitating more and more towards setting up their own rules.

Markets across many industries are showing signs of an impending profound change. There are job openings as far as the eye can see, and, despite that, plenty of positions remain vacant for weeks and months on end.

The current situation is likely more than temporary. The ‘Great Resignation’ is seemingly picking up momentum and spreading across the world, with the developed countries leading the way. By the looks of it, this trend will continue and possibly grow even stronger.

The ‘Great Resignation’ has brought an upheaval to most industries. But its effects will probably be seen in full in the upcoming years as businesses devise new solutions for the job market crisis and entrepreneurs become the driving force behind the majority of commerce.

While these changes might sound daunting, they could be a sign of good things to come. Entrepreneurship has often been the engine of economic prosperity. And as the movement grows and more entrepreneurs fill up the marketplace, it might result in a global situation that looks much better than before.

Pamela Wigglesworth, CSP, is an international communication consultant, high-performance presentation coach, speaker, and CEO of Experiential.  She helps clients establish their executive presence, structure a clear, concise message, and deliver their thoughts and ideas with style, confidence, and authority.

Hi, my name is Pamela and I’m a serial entrepreneur!

Top 10 Trends of Entrepreneurship in 2022

The Advantages of the Fifty-Sixty Entrepreneur

Tweets by ExpPam
Shopping Cart
There are no products in the cart!
Subtotal
USD $0.00
Total
USD $0.00
Cart
Checkout
Continue Shopping
0

Thanks for your interest. Please complete the form below and I’ll be in touch with you immediately.

I’m interested in talking to you about the Social Media Marketing Made Easy Course. My details for us to connect are below.

I’m interested in talking to you about the Email Marketing Made Easy Course. My details for us to connect are below.

I’m interested in talking to you about the Magnetic Marketing Course. My details for us to connect are below.

I’m interested in talking to you about the 50-60 Start-up Entrepreneur Course. My details for us to connect are below.